Here is an interesting little art story from Georgia.  Murals painted for the Agriculture Building in 1956 by George Beattie were taken down by republican Commissioner Gary Black in 2012 when he was elected to be the Commissioner for Agriculture. He didn't like the portrayal of Native Americans as heroic figures. I wonder what replaced them? I can't find any info on that part of the story.  Perhaps photos of Gary Black?  This is a good video of an art historian talking about the murals in an historical context.  Interestingly enough, although he is generally positive about the work, he indicts Beattie for his voluptuous portrayal of the Native American women. 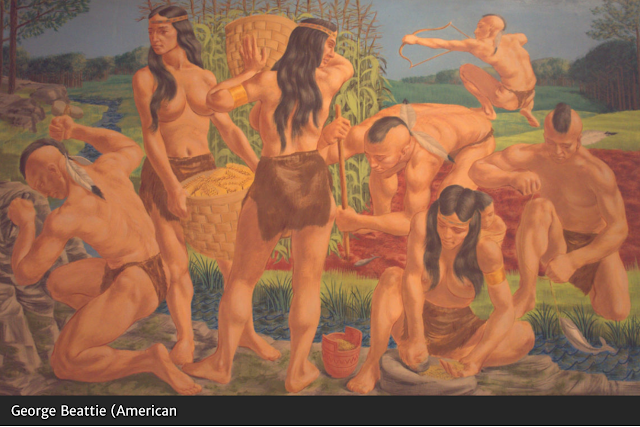 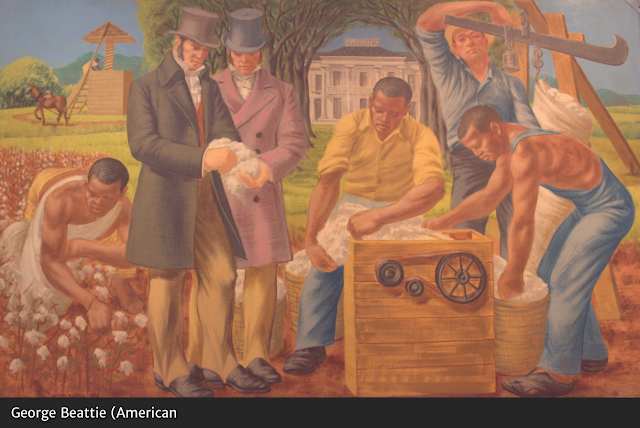 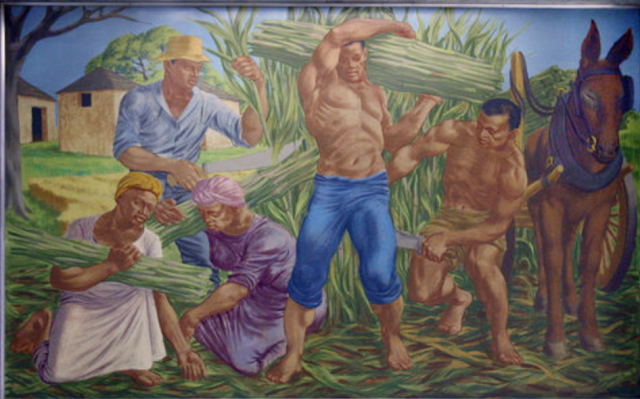 Here are some murals that are currently on display in Georgia.

Posted by postcardsfromthemainline at 4:20 PM No comments: