During the 1600s Delaware was governed by William Penn along with Pennsylvania.  Delaware declared its independence from both Pennsylvania and Britain in 1776.  Delaware became the first state to ratify the Constitution of the United States, and has since been known as "The First State".[13]

At first indentured servants from England worked alongside slaves and often intermarried but as the traffic in indentured servants became smaller because of better economic conditions in England, cast lines hardened.  However, because of the influence of Methodists and Quakers people were encouraged to set their slaves free and since tobacco was ceasing to be the main crop grown, most of the people voluntarily did just that, so that by 1860 91% of the black population was free.

Delaware did not secede from the Union even though they were still officially a slave state and was the only state who did not have a Confederate army.  They freed their slaves officially after the Civil War but did not ratify the 13th, 14th and 15th amendment until 1901.  So Delaware was deeply divided on their attitude towards the rights of African Americans for a long time. 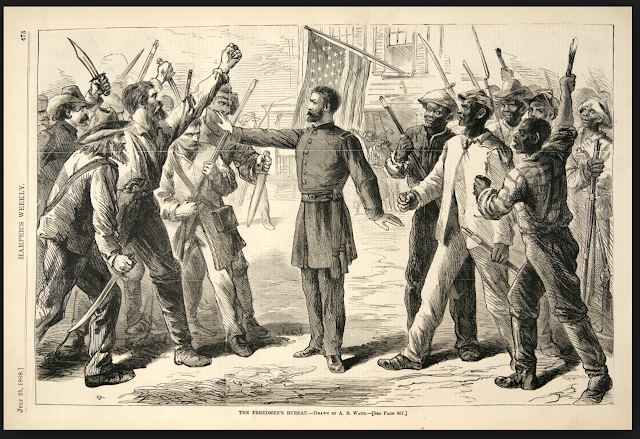 Posted by postcardsfromthemainline at 1:38 PM No comments: