We interrupt this program to celebrate the 4th of July. How better to do so than with Irving Berlin's GOD BLESS AMERICA sung by Kate Smith.  No matter how you feel about God or the state of America today, or because of the way you feel about God and the country today, I dare you to watch and listen to this without swelling up with tears.

God Bless America" is an American patriotic song written by Irving Berlin in 1918 and revised by him in 1938, as sung by Kate Smith (becoming her signature song). Berlin wrote the song in 1918 while serving in the U.S. Army at Camp Upton in Yaphank, New York, but decided that it did not fit in a revue called Yip Yip Yaphank, so he set it aside. In 1938, with the rise of Hitler, Berlin, who was Jewish and a first-generation European immigrant, felt it was time to revive it as a "peace song", and it was introduced on an Armistice Day broadcast in 1938 sung by Kate Smith, on her radio show. More than just the dramatic words and melody, the arrangement for Kate Smith's performance was accompanied by full band, progressing into a grand march tempo, with trumpets triple reinforcing the harmonies between stanzas: the dramatic build-up ends on the final exposed high note, which Kate Smith sang in the solo as a sustained a cappella note, with the band then joining for the finale. In 1943, Smith's rendition was featured in the patriotic musical "This is the Army" along with other Berlin songs. The manuscripts in the Library of Congress reveal the evolution of the song from victory to peace. Berlin gave the royalties of the song to the God Bless America Fund for Redistribution to the Boy Scouts of America and the Girl Scouts of the USA...Ned Nickerson 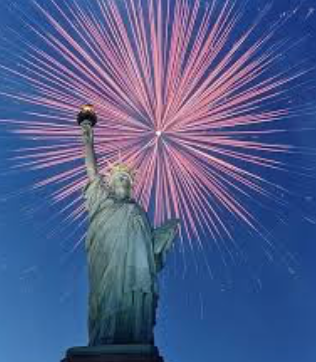 Posted by postcardsfromthemainline at 8:09 AM No comments: