There is a lot of Florida history that I am not covering so I will just sum up some stuff and try to note some interesting tidbits.  In the 19th Century the Spanish were in control of Florida.

At that time many people from the backwoods of South Carolina and Georgia who were of English and Scots Irish ancestry gradually moved across the border into Northern Florida.  The Spanish could not affectively patrol the border so these immigrants came in great numbers.

These were the original "Crackers".  This word originally means "boasters" and goes back to Shakespeare's time.  When boasters frequently cracked jokes.

William Shakespeare's King John Act II. Scene I. (1595): "What cracker is this same that deafs our ears/ With this abundance of superfluous breath?" (substitute Tweets for breath and it could be from today's news)

Many of these Crackers became cowmen.  There are three distinct types of cattle managers.

Crackers:  Florida cowboys did not use lassos to herd or capture cattle. Their primary tools were cow whips and dogs. Florida cattle and horses were smaller than the western breeds. The "cracker cow", also known as the "native" or "scrub" cow, averaged about 600 pounds (270 kg) and had large horns and large feet.[4]
Wikipedia

Vagueros were originally from Spain and used horses to round up cattle.

Cowboys are Vagueros who evolved because of the conditions unique to the United States which included very large herds of cattle and shipping cattle in large trains across the country.  These cowboys often used poles to poke the cattle onto the train.  This is where the word "cowpoke" comes from.  The cowboy also often had other jobs around the ranch besides herding cattle and participated in rodeos and of course starred in more movies than there are Buffalo. 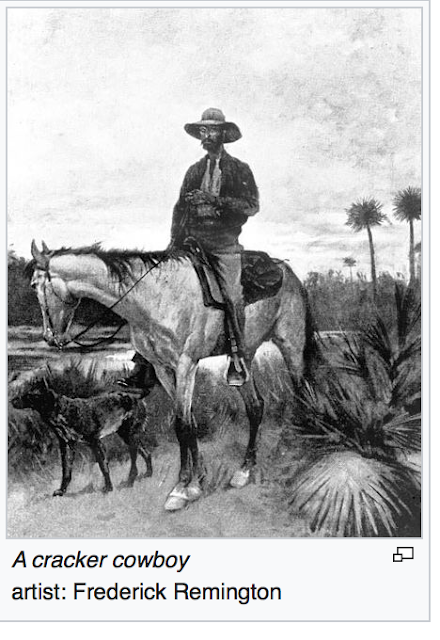 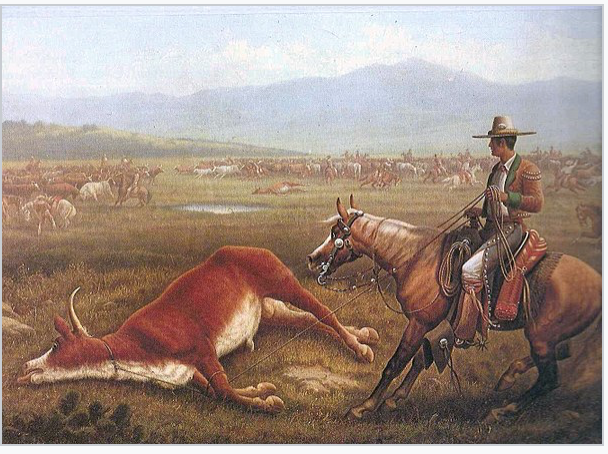 VAGUEROS
This fine painting is in the public domain with no artist attribution.
(Note to artists - SIGN BIG) 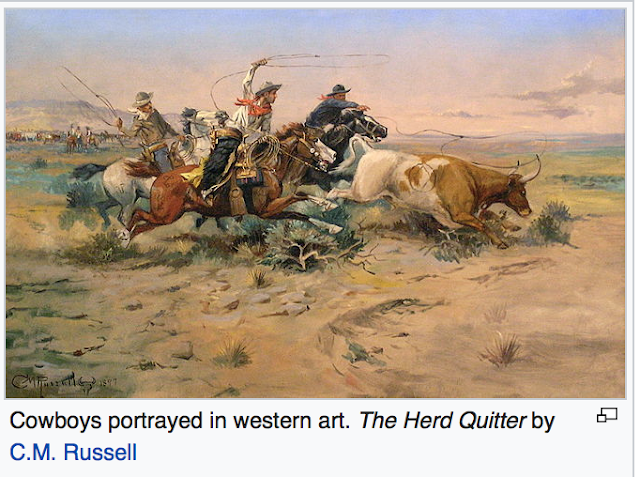 Read more »
Posted by postcardsfromthemainline at 10:09 AM No comments: