Probably the most well known city in California is Hollywood which has become synonymous with the film industry.

"According to the diary of H. J. Whitley, also known as the "Father of Hollywood," on his honeymoon in 1886 he stood at the top of the hill looking out over the valley. Along came a Chinese man in a wagon carrying wood. The man got out of the wagon and bowed. The Chinese man was asked what he was doing and replied, "I holly-wood," meaning 'hauling wood.' H. J. Whitley had an epiphany and decided to name his new town Hollywood. "Holly" would represent England and "wood" would represent his Scottish heritage. Whitley had already started over 100 towns across the western United States." Wikipedia

Whitley bought lots of land, put in electricity and built the Hollywood Hotel to attract investors in the new town
so he seems to deserve the appellation "Father of Hollywood". 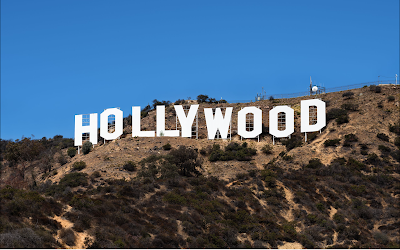 Although the Lumiere Brothers are credited with the birth of modern cinema Hollywood is the oldest film industry
in the world and the first recorded instance of photographs capturing and reproducing motion was a series of photographs of a running horse by Edward Muybridge, which he took in Palo Alto, California using a set of still cameras placed in a row. Muybridge's accomplishment led inventors everywhere to attempt to make similar devices. In the United States, Thomas Edison was among the first to produce such a device,the kinetoscope.

The film industry actually began in Fort Lee New Jersey where some of the major studios started up.
Edison had a studio in West Orange, New Jersey and there were also studios in Manhattan. Other major centers of film production also included Chicago, Texas, California, and Cuba.

D.W. Griffith filmed the first movie ever shot in Hollywood, In Old California, a Biograph melodrama about California in the 19th century, when it belonged to Mexico.  After hearing about Griffith's experience in Hollywood many studios followed to avoid the heavy fees Edison imposed for the movie making process. Not sure how that worked actually as they were still making movies.

In Los Angeles, the studios and Hollywood grew. Before World War I, movies were made in several US cities, but filmmakers tended to gravitate towards southern Californiaas the industry developed. They were attracted by the warm climate and reliable sunlight, which made it possible to film movies outdoors year-round and by the varied scenery that was available. There are several starting points for cinema (particularly American cinema), but it was Griffith's controversial 1915 epic Birth of a Nation that pioneered the worldwide filming vocabulary that still dominates celluloid to this day...Wikipedia 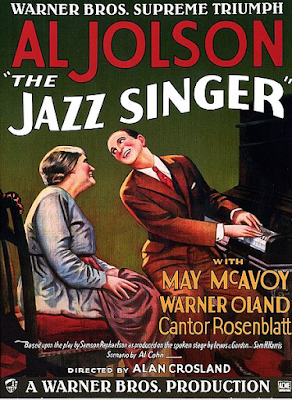 Posted by postcardsfromthemainline at 11:26 AM No comments: