The first people to arrive in Alaska seem to have traveled over the Bering Land Bridge around 16,500 years BC.  This land bridge no longer exists but it was from Beringia in Siberia to North America and the people who crossed the bridge were called Ancient Beringians. 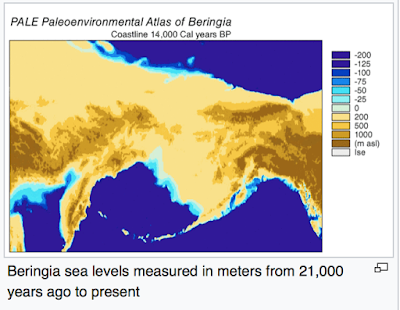 The Tlingit people developed a society with a matrilineal kinship system of property inheritance and descent in what is today Southeast Alaska. 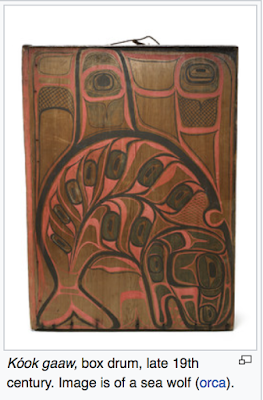 Tsimshian are indigenous people also with a matrilineal kinship system in Southern Alaska. 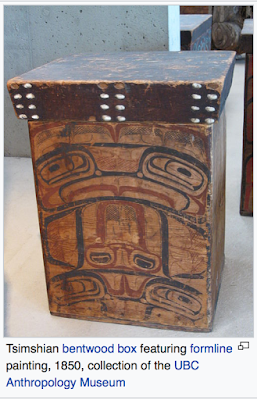 The Haida tribe also in Southeast Asia is well known for its art as well it should be.  It is spectacular. I always wonder when seeing a body of work from one group that is so fabulous if one artist began working in that style and others simply seeing how exciting it was copied it, or if it actually pours out of the soul of a culture. 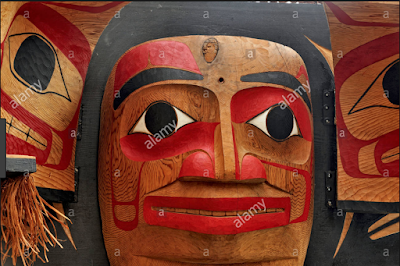 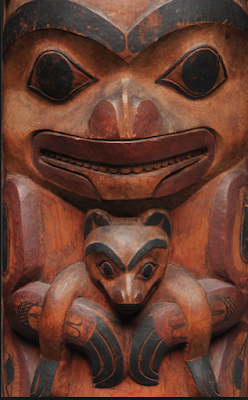 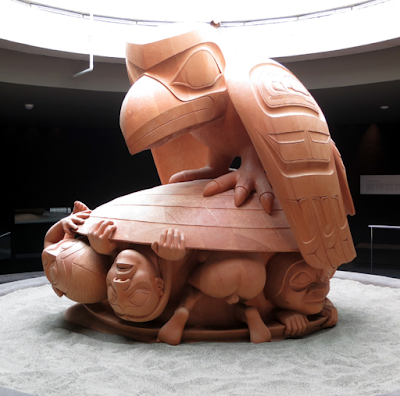 Contemporary Haida art looks like this and is called Haida Manga. 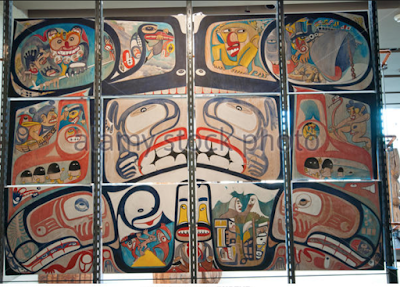 Posted by postcardsfromthemainline at 5:15 PM No comments: