It is surprising to me who has grown up with the familiar map of the US with its neat borders that there was so many changes in states and their borders in the early years of the Union.  Colorado didn't really become Colorado until February 28, 1861 when James Buchanan signed an Act of Congress organizing the the free Territory of Colorado.  Before that Spain owned portions of the territory, it was part of Mexico and the territory was divided in several different ways. 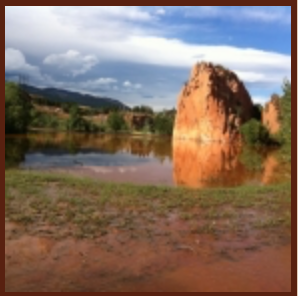 Posted by postcardsfromthemainline at 8:13 AM No comments: