Evidence of human occupation of California dates from at least 19,000 years ago.  Because of the temperate climate and easy access to food sources, approximately one third of all Native Americans in what is now the United States were living in the area of California.

"The indigenous people practiced various forms of sophisticated forest gardening in the forests, grasslands, mixed woodlands, and wetlands to ensure availability of food and medicine plants. They controlled fire on a regional scale to create a low-intensity fire ecology; this prevented larger, catastrophic fires and sustained a low-density "wild" agriculture in loose rotation. By burning underbrush and grass, the natives revitalized patches of land and provided fresh shoots to attract food animals. A form of fire-stick farming was used to clear areas of old growth to encourage new in a repeated cycle; a permaculture."...Wikipedia

Sounds like they knew what they were doing better than we do! 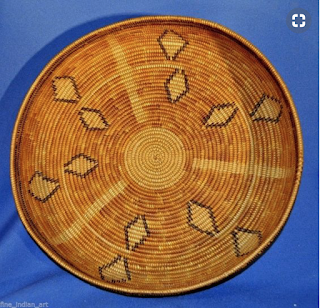 HERE  is a delightful children's video that explains the life of the California Indian tribes.


Posted by postcardsfromthemainline at 8:06 AM No comments: