I did translate the first 7 measures of a Bach Fugue #XX.  Several problems immediately became apparent.  The first being that of course Fugues don't come to a tidy place to stop after a few measures like most music.  In fact the very essence of a Fugue is that is goes on and on without a pause and yet we remain interested because of its masterful construction.  I did find a place to pause after 7 measures but it was not something Bach would have wanted to happen.

The second problem is that fugues often begin with the soprano line alone and only after several measures does the bass line enter the scene.  This leaves a lot of black - the color I chose for rest - at the beginning of the piece.

HERE is a link to the Fugue I chose so you can hear the music. (click on 'listen')  You'll notice there are a lot of small lines of color as the fugue moves along at a rapid clip.  You might also notice that in this piece as in the others I have translated into color there is a pretty clear accent on the golden mean. 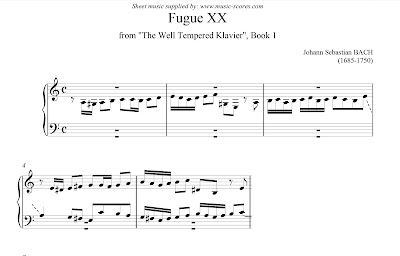 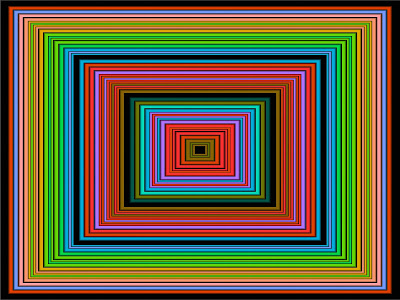 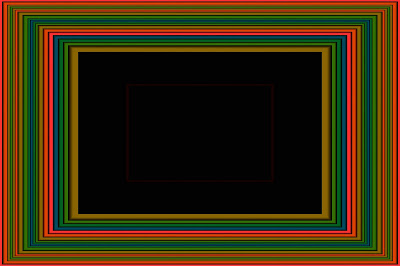 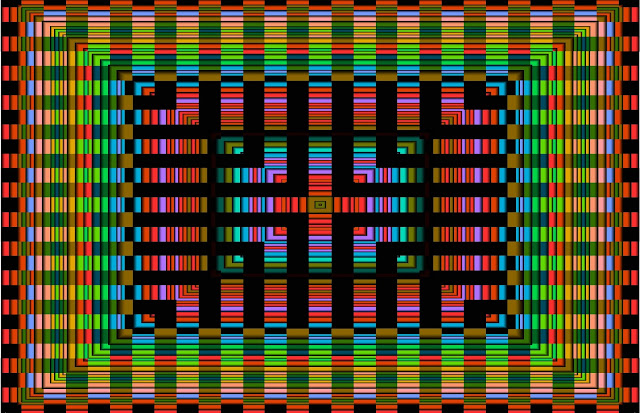 Tomorrow what I learned from Fugues that translated to my work with fabric.

Posted by postcardsfromthemainline at 2:32 PM No comments: