I think getting into the 20th Century it is most important to look with care on how California deals with its water, as it is key to its success in many ways but also in the long run is creating problems.  Since California usually leads the way for the us we should be aware of what works and what doesn't.

At the beginning of the century even more people poured into the state due to the completion of the
Lincoln Highway and Route 66.  Most of the people settled in the warmer Southern parts of California but most of the water was in the North.  Both the Federal Government and the State were involved in building projects that diverted water from the North to the South.  There was always a struggle between the interests of agriculture, industry and water for the growing population.

HERE is an article in a recent New Yorker that describes the situation as it has evolved to the present day. 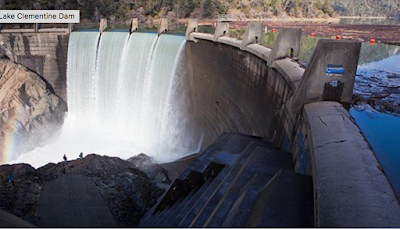 And here are the Mamas and the Papas dreaming on.... CALIFORNIA DREAMING


Posted by postcardsfromthemainline at 2:46 PM No comments: