If you go to Arizona there are two hotels that look quite interesting.  The Arizona Biltmore in Phoenix known as the "Jewel of the Dessert" built in 1929 and designed by a draftsman of Frank Loyd Wright's, Albert Chase McArthur, brother of the owners.  Many thought that Wright designed it, but he claimed the credit should all go to McArthur.  Wright was brought in as a consultant for four months in 1928 to help with the Textile Block construction.  There certainly are echos of the Taleisin influence and actually some Wright features have been added over the years.  For instance, reproductions of the geometric 'sprite' statues designed by sculptor Alfonse Iannelli for Wright's 1915 Midway Gardens project in Chicago are placed around the property. 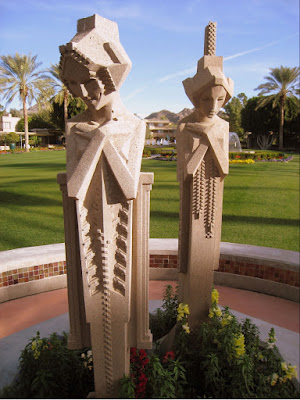 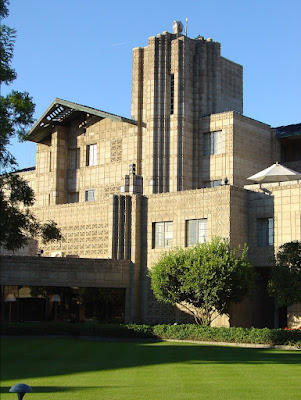 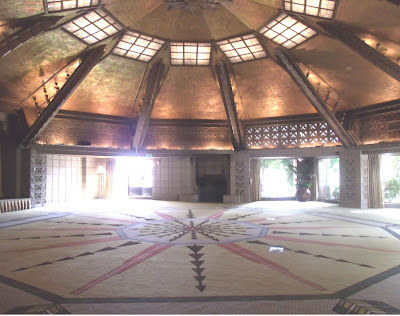 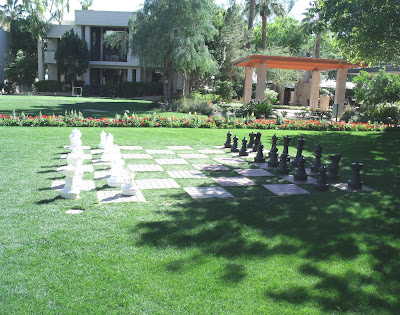 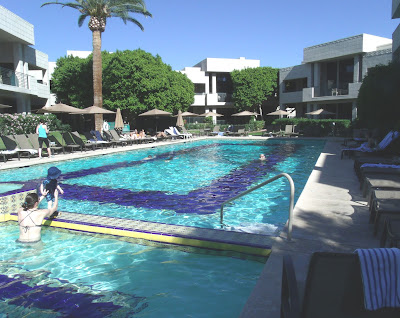 The other old Hotel is the WigWam, in Litchfield, also opened in 1929 as a guest ranch with enough rooms for 24 guests.

Since then it has been updated to fit the times 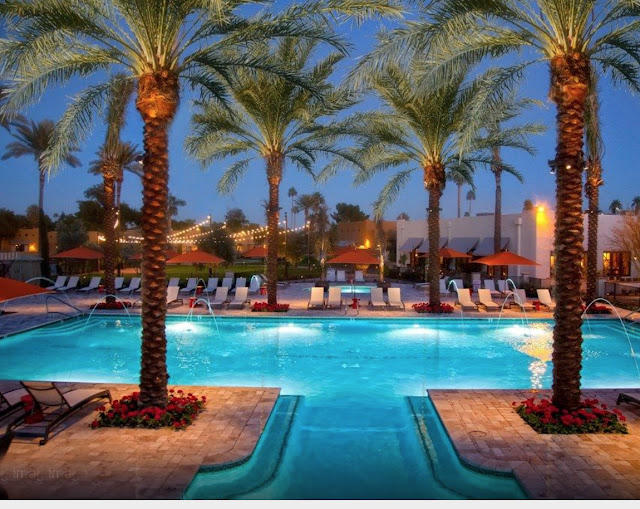 Posted by postcardsfromthemainline at 4:02 PM No comments: