Probably the biggest industries in Arizona are mining and cotton.  And in recent years tourism, as it is home to the GRAND CANYON.   If you have never been to the Grand Canyon HERE is a Smithsonian video that will give you a feel for the place. 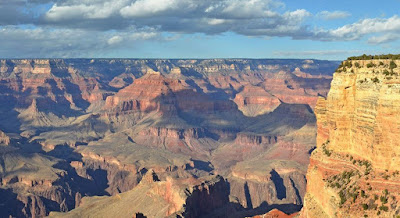 Arizona was the last contiguous state to join the union in 1912.

Arizona has the greatest number of acres designated as Indian Tribal land of any state of the union.

Oraibi, a Hopi Indian village dating back to at least 1150 AD, is believed to be the oldest continuously inhabited settlement in the United States.


Posted by postcardsfromthemainline at 4:53 PM No comments: