THE HOHOKAMS who distinguished themselves by building system of canals which were later rebuilt my the Mormans around the Phoenix valley, and this lovely pottery which is defined by a distinct Plain, Red, and Decorated buffware tradition. 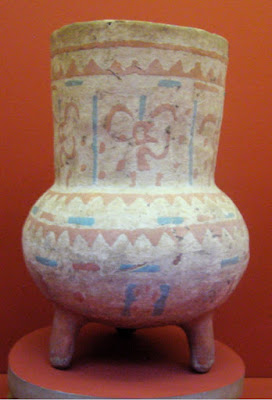 A subgroup of the Mongolian is the Mimbres culture which is well known for this striking pottery. 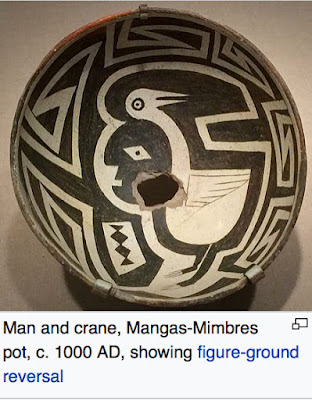 The third group of Native Americans were the Ancestral Puebloans who, as you might expect are well known for their Pueblos which they constructed all along the four corners area.  And amazing structures they are accessible by rope or mountain climbing!  They also have some wonderful art work, apparently no written language however.  Here is a very interesting discussion of language as a reflection and then a determining factor in a culture's world view. ( Scroll down to LANGUAGE AND CULTURE) 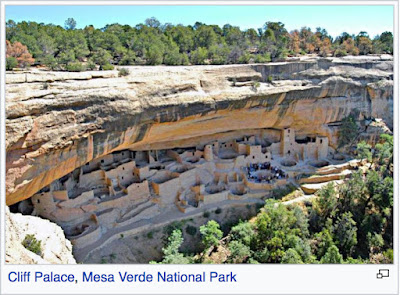 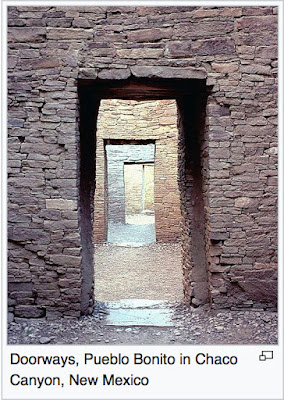 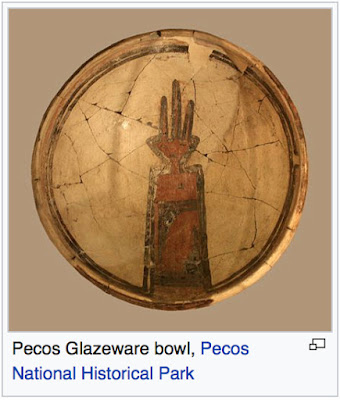 Posted by postcardsfromthemainline at 11:18 AM No comments: