Since we are in Cowboy and Indian territory I thought it would be interesting to find out when all this interaction between Cowboys and Indians actually took place.

First of all in order to have Cowboys you have to have cows.  They are not native to the United States but were brought into Texas around the 1700's by Vaqueros, Mexican cattle
ranchers. 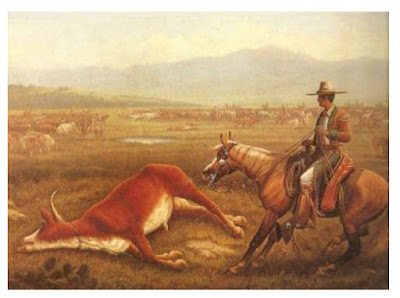 Check THIS site out for a funny and fact filled description of some of the popular incorrect ideas about Cowboys.

HERE is an interesting site about the Oregon Trail.  This link sends you to the Indian page. 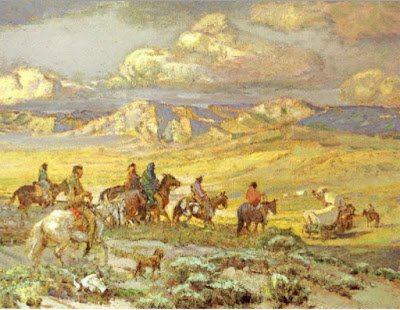 
So, according to these sources, the Indians were decimated by the millions by white soldiers and disease.  They sometimes actually were cowboys, didn't attack many wagon trains at all, and actually guided and traded with the settlers moving west.


Posted by postcardsfromthemainline at 4:20 PM No comments: